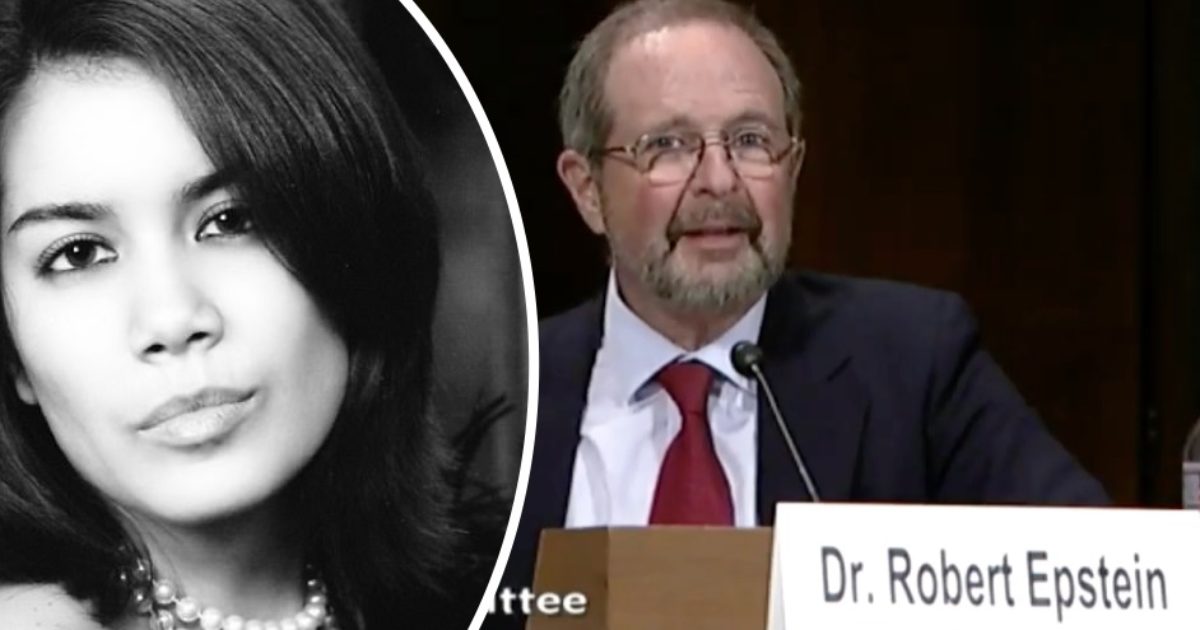 The heart broken Dr. Epstein, the whistle blower that testified before Congress about Google’s role in big tech election meddling which he claims tossed a minimum of 3 million votes towards Hillary was warned of “an accident” before the loaded tractor trailer killed his beloved wife.

END_OF_DOCUMENT_TOKEN_TO_BE_REPLACED

It’s not too late to wear your feelings about California’s worst! “Lil’ Adam Schiff” as he’s called by America’s President certainly wears many nicknames, including “Shifty Schiff,” and his politics can only be called a “Schiff Show.” But nothing sums up the man better than the front of our “Bull Schiff” shirt!

Claim yours now at the ODP Store!

END_OF_DOCUMENT_TOKEN_TO_BE_REPLACED

Television talk shows like, The View are really rather appropriately named with the singular “view.” If it had been named “the views” that would suggest that a variety of views might be presented as opposed to a monolithic Hollywood Left perspective parroted amongst 4 of 5 women, with the fifth being a token “conservative”sharing some space on the set to bully.

In a rare instance when a particularly talented guest manages to get out a legitimately contrary viewpoint, hysterical and irrational bellowing will ensure that any challenges to their uniform opinion is muffled out.

Recently a catty woman took a few swipes at my sensible arguments on Twitter, and i was curious enough to accompany my firm refutation with a quick perusal of her Twitter timeline. Pinned to the top was a rather interesting one woman show featuring one “Mrs. Betty Bowers,” and whereas leftist propaganda reels typically take more thumbs down than thumbs up, this one was surprisingly well liked by its audience.

I hit the play button, not knowing quite what to expect.

END_OF_DOCUMENT_TOKEN_TO_BE_REPLACED

Jim Harrison, a former firefighter and truck driver was to be named 2019’s “Citizen of the Year” by Nipomo, California’s Chamber of Commerce for numerous community service works. Jim organized a number of events to bring his community closer together and was also recognized for outstanding conservation efforts in both community cleanup and preservation of riding trails.

He also held a position as Planning Commissioner for San Luis Obispo County where he extended his good efforts well beyond the limits of Nipomo. However off the beaten path of California politics his own thriving community, it did not take long for the announcement of his honors to catch the attention of some of California’s worst and most subversive NGO’s who went right to work to sift through Mr. Harrison’s social media history of the markers of a counterrevolutionary.

Ultimately some really “outrageous” memes were discovered. Per NBC’s news they were “inflammatory” and apparently included an accurate depiction of House Speaker nancy Pelosi as a Nazi!

END_OF_DOCUMENT_TOKEN_TO_BE_REPLACED

I was concerned that LMV had been struck with more harassment and bullying by the operators of Jack’s personal webpage previously known as “platform.” There was good reason to be concerned since previously I had an account completely vaporized along with the roughly 50,300 Tweets that earned a following of roughly 1500.

END_OF_DOCUMENT_TOKEN_TO_BE_REPLACED

A pattern of abuse by the vile thought police at Facebook has resulted in several time-outs!   The details follow here in reverse chronological order.

Friendly visits to Robert Reich’s FB sewer inspired a particularly unhinged lunatic to visit my own League of Men Voter’s page who proceeded to spend a few days trolling with the usual Occupy Democrats quality of MEMES and accompanying belligerence.

I see that as an opportunity to assist a person that’s “reaching out” with their “Free Education” so I grant great measures of free speech privilege on my pages.

Surprisingly he apparently reported a MEME about debate methods featuring a triangle that he found so triggering he reported that to the SJW team at Facebook who in turn accepted his complaint on the basis of “harassment!”

Apparently the first reaction from the SJWs was to lock me out through Christmas and well into the New Year with a 30 day ban on messaging, posting and the inability to so much as react with hearts, likes, laughs of any family holiday pictures which include lots of baby pictures of a recent arrival.

Of course I submitted it for “review,” and now we shall wait and see how that plays out. Now I am left unable to administer 50 pages, and will have to wait to see whatever final judgment from whomever else on Zuckerberg’s staff determines whether I’m allowed to play with all my FB friends between now and the last week of next year’s January.

Since the above was submitted for manual review, a “we made a mistake” message was received and the comment restore… however… subsequent efforts to use the account are met with a message of 30 days suspension based on 24 prior “violations” for which the time had already been served. Oddly another random post was flagged, sent for review, and returned a second “we made a mistake,” message without any impact on the present “30 days” sentence, and thus, no access is possible to like pictures, return PM’s, respond to comments not post anywhere on Zuckerberg’s personal webpage perviously known as platform.

END_OF_DOCUMENT_TOKEN_TO_BE_REPLACED

The Globalist Communists lean heavily into the tried and true methods of their National Socialist forebearers. Greta is the contemporary equivalent of the NAZI Propaganda girl all the way down to the pigtails.

As vile as the exploitation of such a damaged child, the Democrats and their global accomplices will certainly not exercise the slightest measure of restraint in their liberal use of the celebrity status they manufactured for her to accomplish their equally insidious goals.