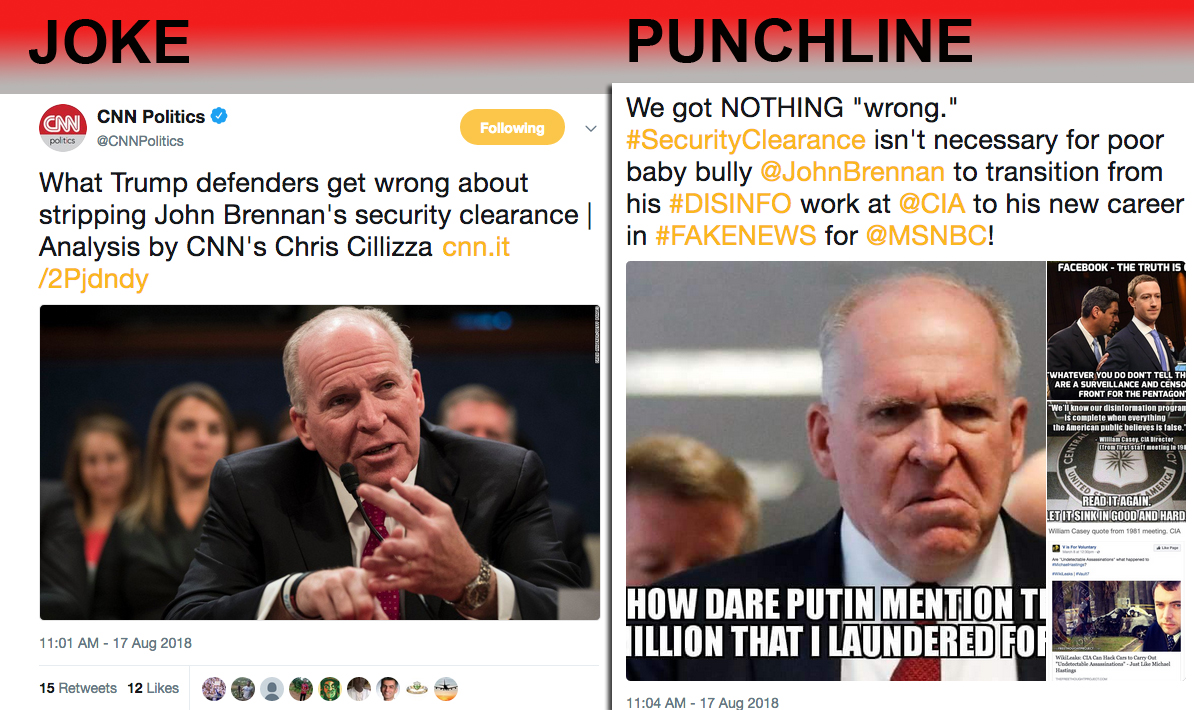 CNN is feigning outrage over their partner in crime Fake News MSNBC’s own John Brennan and the appropriate removal of his security clearance.

If there’s any question about Trump’s decision, it should be about the customary retention of Security Clearance that applies to nobody but political hacks infesting our intelligence agencies.  Ordinarily clearances are removed immediately upon any dismissal, and then reinstated as necessary once they are required to resume work within whichever organization or national contractor that requires handling of sensitive information.

But with John Brennan, there are much deeper questions that should be pondered.  A known traitor who directly supported Communists, he would have had to lie on  his application to be granted any such clearances in the first place, were it not for the actions of the Clinton Presidency to removed this essential criterion.

But either way, he certainly doesn’t need it now that he’s transitioned from disinfo agent for the CIA to his new career in fake news for MSNBC.

And it would be completely absurd to grant a man being investigated as a criminal the power to spy on the very investigation that’s very likely being performed by good agents as these agencies are gradually being restored to original purpose.

And it’s especially funny how the media accomplices are feigning worry about “free speech” in the same week they’re publicly celebrating the targeted attacks against the real “free press” inclusive of Infowars.